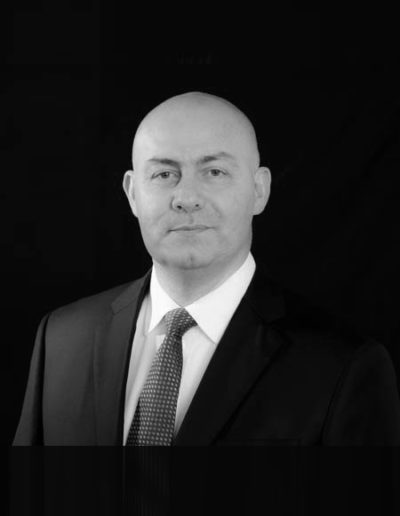 Donal Boylan is currently a founding partner of BCAP formed in October 2018 to invest in Start-Up Businesses, Aviation, Logistics, Equipment Leasing and Property with a primary focus on Asia (https://www.bcap.asia) . He also serves as a non-executive director of low cost airline group Vietjet JSC (https://www.vietjetair.com), CEO of their affiliated aircraft lessor Angelica, and as a non-executive of Raphael Labs.

He returned to HNA Group in early 2017, as Vice Chairman of publicly listed Bohai Capital Holdings, China’s largest independent equipment lessor and CEO of its Hong Kong subsidiary that holds its international assets including global #3 aircraft lessor Avolon and global #2 sea container lessor SEACO. His responsibilities have also extended to sourcing additional equity and debt capital for Bohai and HNA Group companies, and developing additional equipment leasing in supporting of Bohai diversification and China’s One Belt One Road policy.

For most of 2016, Donal held the post of CEO of CDB Aviation Lease Finance, the CDB Leasing Aviation Department. CDB Leasing listed its US$25 billion equipment leasing business on the Hong Kong Stock Exchange in Summer 2016 but will continue with the main policy bank of the Chinese Government – China Development Bank as its controlling shareholder. Mr Boylan’s mandate was to support the first public listing of this arm of China’s main policy bank. Specifically, to develop a balanced international and mainland China business, improved new order aircraft placement, complete existing portfolio remarketing and selected sales for risk management and profit, and to implement wide ranging personnel and systems development.

Immediately prior to CDB Leasing, Donal was appointed Executive Vice Chairman HNA Group International Company and Bohai Leasing. He developed Hong Kong Aviation Capital for these shareholders as CEO since 2011, growing to an 80+ aircraft portfolio and a ground-breaking transfer of shares to Bohai Leasing, listed on the Shenzhen China stock exchange. HKAC agreed to purchase 70 new Airbus A320 NEO family aircraft in July 2014 and merged with New York listed Avolon in January 2016, following the latter’s acquisition by Bohai Leasing.

His role within Bohai Leasing culminated in board member appointments at Avolon (post merger with HKAC), SeaCo ( one of the world’s leading sea container leasing companies), and TIP ( Europe’s leading truck trailer lessor ). He previously held the role of non-executive director at Path Investments plc ( oil & gas investments ) which listed on the London Stock Exchange in Spring 2017.

Up to 2008, Donal was Head of Aerospace & Defence, Structured Asset Finance at the Royal Bank of Scotland in London, responsible for global financing of equipment which included corporate jets, super-yachts, helicopters and various infrastructure projects.

He has 30 years of aerospace and defence industry experience including manufacturers, airlines and aircraft lessors where he held senior engineering and commercial positions.

Following graduation in 1985, Mr. Boylan worked with General Electric as a Power Generation field engineer prior to joining Aer Lingus in an engineering role in 1987.

For Donal, while living in Hong Kong since 2011, home with Mary and 3 children in third level education and commencing early working careers, is Ennis Ireland and his interests include philanthropy (he is Chairman of The Ireland Funds – China www.irelandfunds.org), art, rugby, motor racing and breeding thoroughbred race horses.